Foreign Aid Could Ignite A Crisis At Venezuelan Border 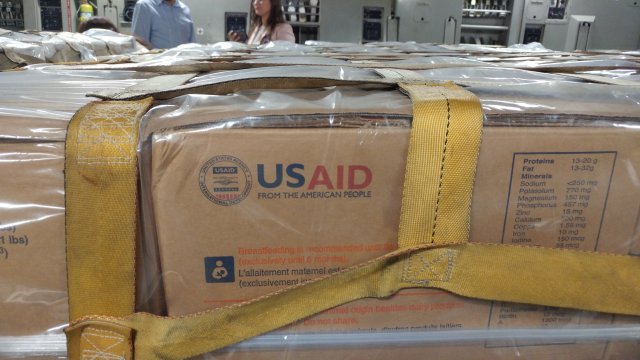 SMS
Foreign Aid Could Ignite A Crisis At Venezuelan Border
By Matt Picht
By Matt Picht
February 22, 2019
The U.S. has folded humanitarian aid into its strategy to pressure Nicolás Maduro out of office.
SHOW TRANSCRIPT

Humanitarian aid has become a political wedge issue in Venezuela as the U.S. and others continue to pressure Venezuelan President Nicolás Maduro to step down.

The U.S. says it's sent almost 200 tons of food and medical equipment to the Venezuela-Colombia border: but it intends to deliver the aid through opposition leader Juan Guaidó, who the U.S. recognizes as the country's true president.

Kathryn Sikkink, Professor of Human Rights Policy at the Harvard Kennedy School, told Newsy: "Bilateral aid has always been political. It's not surprising that it is political. Back in the 1970's the idea was that we should not send aid to a gross violator of human rights."

The aid is part of a larger strategy of decertifying Maduro's regime. More than 50 countries have recognized Guaidó as Venezuela's president, arguing that tainted elections have robbed Maduro of his claim to legitimacy.

The tactic has historical roots in the region: Venezuelan president Rómulo Betancourt maintained a policy of not recognizing the legitimacy of governments which came to power through use of force. The doctrine was meant to discourage non-democratic regimes from coming to power.

But Maduro has yet to waver: he's closed off his country's borders rather than allow the U.S. aid through. His government claims they're receiving over 900 tons of medical aid from Russia and China instead.

The longer the U.S. aid sits at the border undelivered, the greater the pressure will be to use force to deliver it. But that risks undermining support for Guaidó's government. The U.S. has a long and bloody history of military interventions in Latin America that failed to set up stable democracies

Sikkink told Newsy: "There's always the temptation to think that the military solution is the easy is going to be the easy fast solution and it's almost always a mistake. ... There's great need for this aid, I think it's really important to try to deliver the aid, but I think the US military should stay out of it."