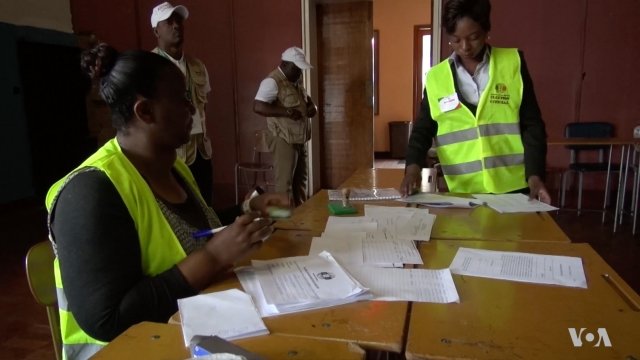 Tensions are high in Zimbabwe as voters await the results from Monday's presidential election.

Zimbabwe's Electoral Commission reports that the country's ruling ZANU-PF party has won the majority of the seats in parliament.

It's the first election since the fall of longtime leader Robert Mugabe.

Zimbabwe's Movement for Democratic Change party claims the presidential vote was rigged, and others expressed concerns that the vote wasn't fair.

Violence broke out as hundreds of opposition supporters gathered in the capital and were met with riot police.