Tensions Rise Between Pakistan And India In Disputed Kashmir Region 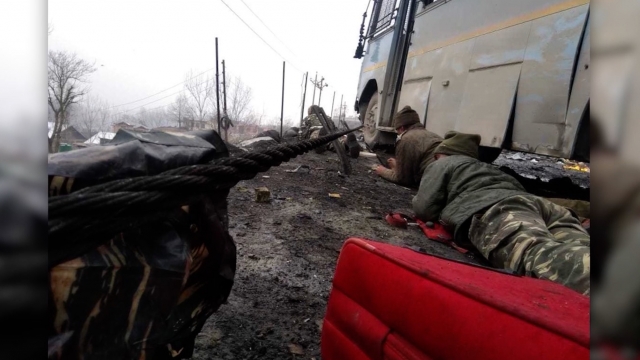 Tensions between Pakistan and India have been on the rise since last week's deadly bombing that killed at least 44 Indian soldiers.

On Monday, at least nine people were killed in India's disputed region of Kashmir. During a shootout, four Indian soldiers, a police officer, three alleged militants and a civilian were killed.

That comes a day after Indian officials detained nearly two dozen men in connection to Thursday's bombing, according to Reuters.

The outlet reports some of the 23 detained men are allegedly a part of the terrorist organization Jaish-e-Mohammed.

The group has claimed responsibility for the attack on a paramilitary convoy that killed at least 44 soldiers. CNN called it the deadliest attack on security forces since the late 1980's.

India's Finance Minister blamed Pakistan for the attack saying there is "incontrovertible evidence" that Pakistan had "a direct hand in this gruesome attack."

Kashmir is ruled by India, but Pakistan also claims the region, and anti-India sentiment is common.

The terrorist group Jaish-e-Mohammed's main goal is to separate the Indian-controlled area of Kashmir from the country and unite it with Pakistan. According to the United Nations, the group was supported by al-Qaeda founder, Osama Bin Laden, and other extremist organizations and has been involved in a number of deadly terrorist attacks.