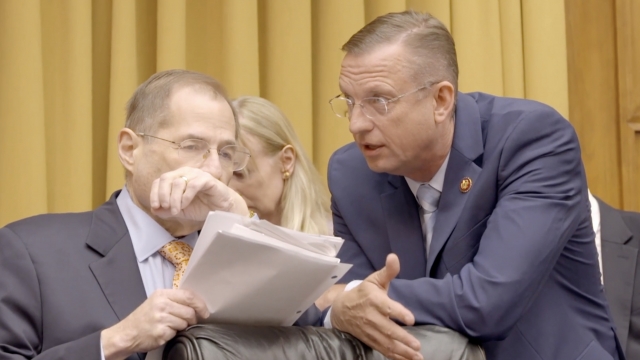 Democrats are ratcheting up threats against the Trump administration as it defies another subpoena.

"Let me be clear: This committee will hear Mr. McGahn's testimony, even if we have to go to court to secure it," said Judiciary Chairman Jerry Nadler. He says the committee has no plans to stop its quest to hear from some of the highest-profile people connected to the probe, including former White House counsel Don McGahn. But leading Republicans are pushing for a total and complete end to the probe, questioning the goals of the investigation.

With nearly unanimous support within the Republican caucus to close this Mueller chapter, ranking member Doug Collins wanted to know what more Democrats are looking to learn from having these people testify before their committee.

"A closed-door conversation would not have generated those headlines and everything that we're looking at today. Even gaveling in today's hearing without a witness is theatrical. The cameras love a spectacle and the majority loves the chance to rant against the administration," said Rep. Collins. "I cannot emphasize this enough: The track record demonstrates he does not actually want information. He wants the fight but not the truth.”

There is one Republican siding with the Democrats: Congressman Justin Amash of Michigan said again Tuesday he backs impeachment. The House minority leader says Amash is an outlier.

Even House Democrats, who have the power to start impeachment proceedings, are divided. Speaker Nancy Pelosi is reportedly clashing with some of her members behind closed doors so far, resisting the idea of impeachment and saying hearings like the one today are the best course — at least for now.