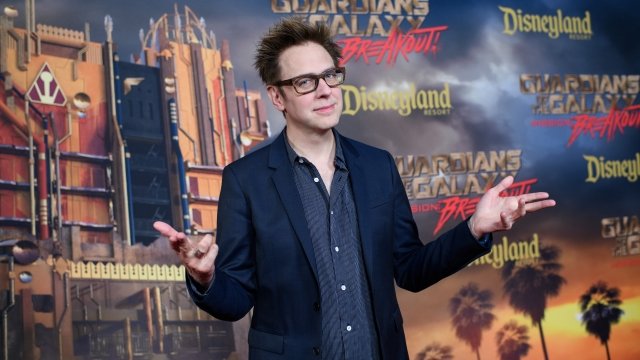 SMS
Tens Of Thousands Of Fans Urge Disney To Rehire James Gunn
By Katherine Biek
By Katherine Biek
July 23, 2018
Disney fired the director on Friday after several controversial tweets he wrote roughly a decade ago about rape and pedophilia were unearthed.
SHOW TRANSCRIPT

Tens of thousands of fans are urging Disney to rehire James Gunn as director of the upcoming "Guardians of the Galaxy Vol. 3."

As of Monday morning, a Change.org petition had collected more than 185,000 signatures.

Disney fired Gunn on Friday after several controversial tweets he wrote roughly a decade ago about rape and pedophilia were unearthed.

Gunn apologized in a statement last week, saying his past tweets were a failed attempt to be provocative and that he's "regretted them for many years."

Gunn directed the first two installments of the "Guardians of the Galaxy" franchise, which together made more than $1.6 billion at the global box office.

Up until his firing, the director had been working on the script for the third movie, which was scheduled to start filming early next year. It's unclear how Gunn's termination will affect the movie. Disney has yet to officially announce a release date.