Tens of Millions Of People Endure Extreme Heat Across U.S. 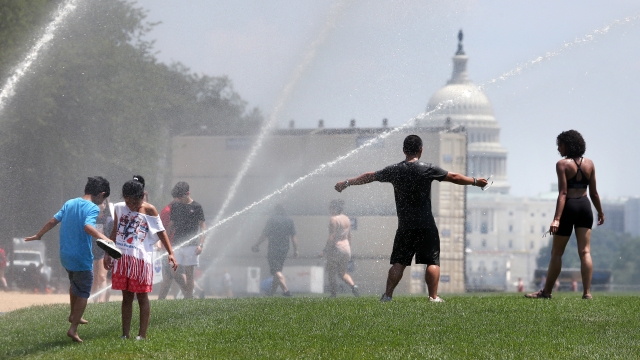 Tens of millions of people in the U.S. endured a dangerous heat wave over the weekend, with some areas seeing heat indexes up to 116 degrees.

Several people have died since the heat wave started. At least two of the deaths were in Maryland, where the temperature hovered around 100 degrees.

A third confirmed heat-related death was in Arkansas; former New York Giants lineman Mitch Petrus died Thursday at the age of 32. He suffered from a heat stroke after working outside.

More than 126 million people were under excessive heat warnings on Saturday, stretching from Kansas and Oklahoma to Maine.

The East Coast is seeing some of the hottest temperatures. Washington D.C.'s director of Homeland Security and Emergency Management Agency remarked, "This is going to be one of the most severe heat events that we've had in the last several years."