After Sunday's Shooting, The Tennessee Waffle House Is Open Again 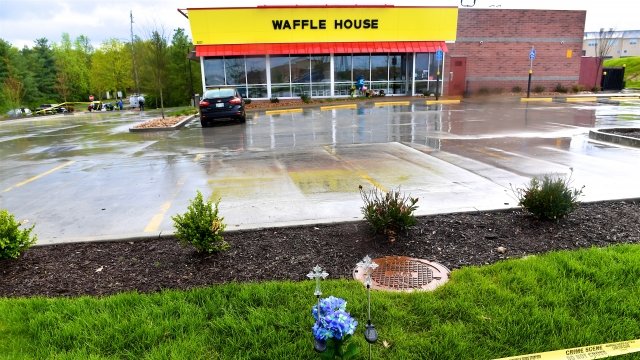 The Tennessee Waffle House where four people were shot and killed Sunday is open again. And the restaurant says it'll donate 100 percent of its sales for the next month to the families of the victims involved.

Waffle House supervisors told Newsy's partner WTVF the restaurant's workers said they wanted to get back to work as part of the healing process. The supervisors also brought in grief counselors.

As of Wednesday, four white crosses were outside the restaurant; each had the name and picture of a victim who died. Waffle House is also planning a permanent memorial to honor the victims.

The suspect was arrested Monday and faces four counts of criminal homicide, four counts of attempted murder and one count of unlawful gun possession.