Tennessee To Suspend Grocery Tax For A Month To Curb Inflation 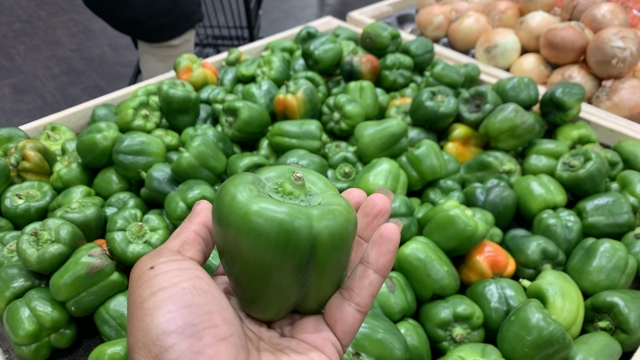 That's 4%, plus whatever the local government may tack on, which would disappear from store receipts.

What's to blame? Those in the financial sector say record inflation sitting at 8.5%.

To combat the high prices, lawmakers across the U.S. have been stepping in to help.

In Tennessee, Governor Bill Lee has a plan to freeze state and local grocery taxes. That's 4%, plus whatever the local government may tack on, which will disappear from store receipts.

In Pennsylvania, they're look into a property tax subsidy.

In Minnesota, New Mexico, Kansas and California lawmakers are muling over sending checks to residents to cover the cost of high inflation.

Edward Mitchell has two teenagers and says it's hard to make his groceries stretch. He says we're not just in troubling times, we're in struggling times.

"I come here [Family Dollar] at least twice a week due to the fact economically it's better," Mitchell said. "I've went from Ralph's to different stores, from Wal-Mart to stores like the 99 Cent Store and things of this nature just because of the economy and affording it."

"Really, the three core drivers have been energy, you think investors. You pay at the pump — You're seeing that. Goods prices. So it costs money to transport things ... and then housing. Certainly, I think a lot of folks are aware of a hot housing market."

But like most good things, this relief will come to an end.

The temporary tax freeze in Tennessee is only proposed to be around for a month. This has some people asking for more.

"I really think they need to go further and look at doing away with grocery tax," said grocery shopper John Griffith.

High prices may be hard to swallow now, but economists say with legislation to soften the blow, there's a chance this uptick in price could slowly go down.