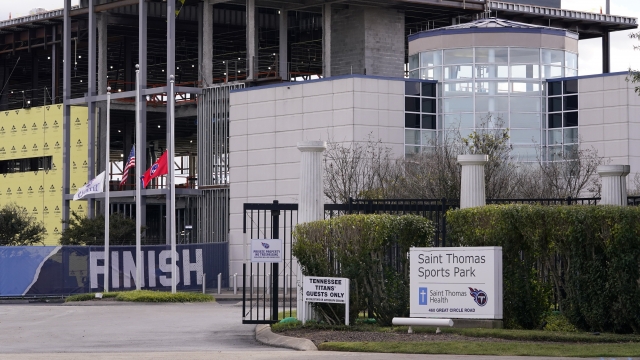 The NFL's Tennessee franchise hopes to reopen its training facilities after battling an outbreak that infected 20 players and personnel since Sep. 24.

According to multiple reports, The NFL's Tennessee Titans have reported no positive COVID-19 tests for two consecutive days, meaning they could return to practice by as early as Wednesday.

The Titans were the league's first outbreak of the season with 20 players and personnel testing positive for the virus since Sept. 24.

This forced the team to close all facilities and the NFL postponed the Titans game against the Pittsburgh Steelers this past week to Oct. 25. But with no new cases in two days, the Titans are planning to return to the gridiron and host the Buffalo Bills this Sunday.

The NFL had another COVID scare over the weekend when players on the Kansas City Chiefs and New England Patriots also tested positive, including quarterback Cam Newton. But luckily, nobody else in the organizations tested positive so the game was pushed back by one day.

In wake of these recent infections, Commissioner Roger Goodell sent a memo to all 32 teams on Monday, threatening harsh penalties and even potential game forfeitures if teams are found violating league protocols.