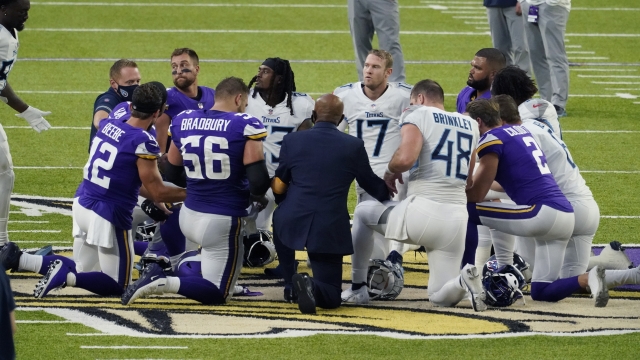 The Tennessee Titans have reported the NFL's first coronavirus outbreak of the season. The team has suspended all in-person activities through Friday after three players and five other personnel tested positive. The Minnesota Vikings – who played the Titans on Sunday – have also closed their facilities as a precautionary move but said nobody in the organization had tested positive following the game.

The Titans are scheduled to host the Pittsburgh Steelers this Sunday – but with them unable to practice until Saturday – it's unclear if that game will still be played. According to ESPN, the NFL still intends to play the game as scheduled but is considering moving it back to Monday to allow time for more tracing and testing.