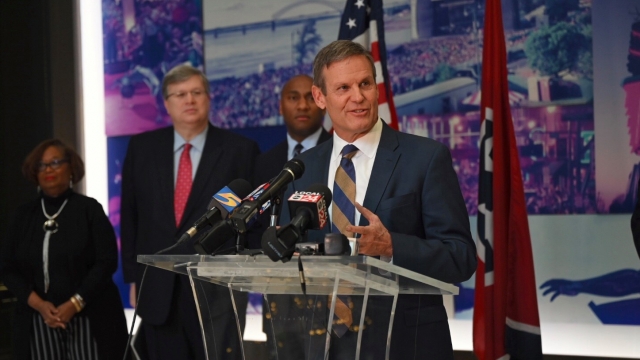 Tennessee Gov. Bill Lee has announced the state will not stop resettling refugees under an option offered to states by the Trump administration.

Earlier this year, the Trump administration cut the number of refugees allowed into the U.S. and gave state and local governments the authority to refuse to accept them.

In a letter sent to Lt. Gov. Randy McNally and House Speaker Cameron Sexton on Wednesday, Lee said his decision to continue initial refugee resettlement was "based on [his] faith," citing his "years of experience ministering to refugees" in the state.

He added in a statement: "The United States and Tennessee have always been, since the very founding of our nation, a shining beacon of freedom and opportunity for the persecuted and oppressed, particularly those suffering religious persecution. My administration has worked extensively to determine the best outcome for Tennessee, and I will consent to working with President Trump and his administration to responsibly resettle refugees."

In a joint statement, McNally and Sexton said they would have preferred the governor "hit the pause button" on resettling refugees in Tennessee given the previous administration's stance.

Multiple cities in Tennessee have already declared their intention to keep accepting refugees, including Nashville, Knoxville, Chattanooga and Shelby County, which includes Memphis.