After Serving 15 Years, Cyntoia Brown Is Granted Clemency By Governor 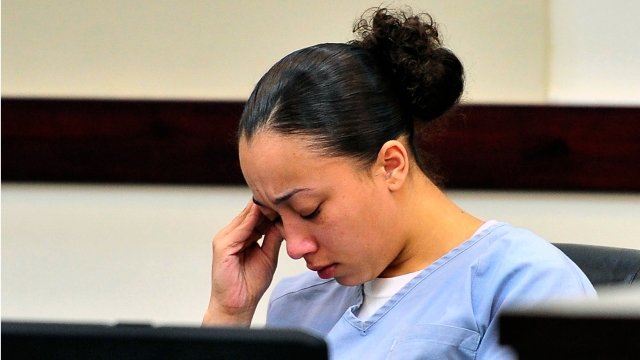 SMS
After Serving 15 Years, Cyntoia Brown Is Granted Clemency By Governor
By Jamal Andress
By Jamal Andress
January 7, 2019
Brown will be released from prison and put on parole supervision August 7th after serving 15 years on a first degree murder charge.
SHOW TRANSCRIPT

Tennessee Governor Bill Haslam granted clemency to Cyntoia Brown Monday. Brown, an alleged sex trafficking victim, is serving a life sentence for killing a man when she was 16 years old.

Brown will be released from prison and put on parole supervision August 7th after serving 15 years on a first degree murder charge.

Brown claims she was raped and forced into the sex-trade by a pimp. In 2006, she was sentenced to life in prison after she shot one of her clients in what she claims was self defense.

Brown served more than a decade in prison before her case caught the attention of several celebrities and gained national notoriety with the hashtag #FreeCyntoiaBrown. Brown was also the subject of a 2011 PBS documentary entitled "Me Facing Life: Cyntoia's Story."

Governor Haslam said in a statement about Brown's case, "Transformation should be accompanied by hope.  So, I am commuting Ms. Brown’s sentence."

Brown thanked Governor Haslam for his "mercy" in a statement of her own saying, "I will do everything I can to justify your faith in me."