Tennessee House Votes To Withhold $250K From Memphis As Punishment 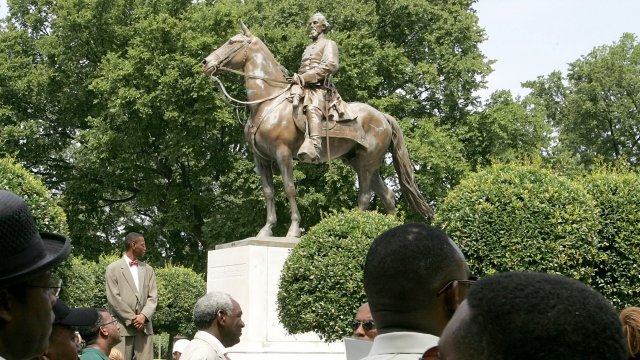 The Tennessee House of Representatives voted to take away $250,000 from Memphis to punish the city for taking down two Confederate statues last year.

The move angered some state representatives who said Memphis used a loophole in the law to remove the statues. Lawmakers reportedly spent all session contemplating retaliation.

Several other lawmakers disapproved of the decision, including state Rep. Raumesh Akbari, who said: "This amendment, and the explanation, is hateful. It is unkind, it is un-Christian-like and it is unfair. Memphis is a city in this state, and I'm sick of people in this House acting like it's not."

The amendment is attached to a bill that's still moving through Tennessee's legislature. The funds are meant to go toward the city's bicentennial celebration.