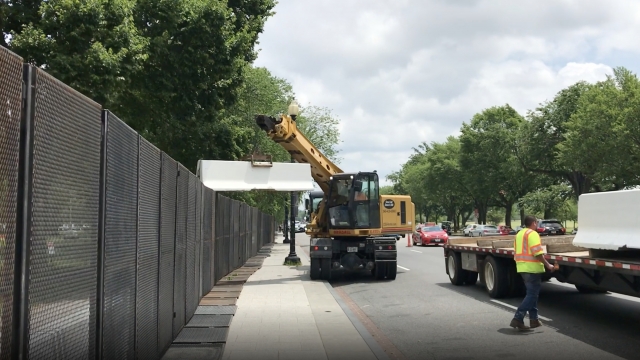 Temporary security barriers around the White House began coming down today after a week of calm in the nation’s capital.

He and other volunteers had been collecting items since 5 a.m., he said.

Some of the material will go to the Smithsonian’s National Museum of African American History and Culture.

The Park Service has said the area will partially reopen but has not specified how much of the barrier will come down.

Crowds have continued to gather in the area, newly named Black Lives Matter Plaza by the city’s mayor.