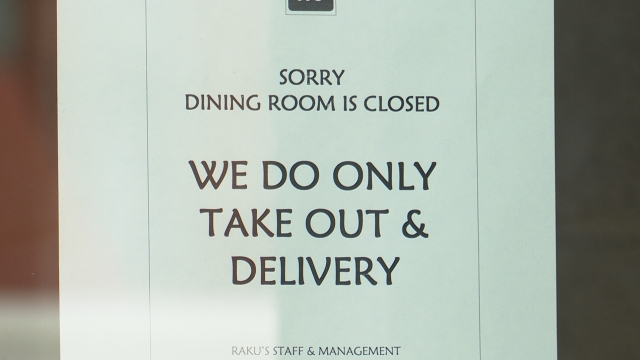 As states and municipalities order nonesstential businesses to close amid the pandemic, small businesses struggle to survive.

Kerrigan is the president and CEO of the Small Business and Entrepreneurship Council, which advocates on behalf of 100,000 small businesses across the United States.

Many of the businesses Kerrigan represents are currently strapped for cash, and some are barely able to stay open amid mass warnings for consumers to stay home to prevent the spread of the coronavirus,

Even though income has halted for many small businesses, rent and utility bills haven't.

"According to J.P. Morgan Chase, the average 50% of small businesses have about 15 days of cash flow," said Kerrigan.

Maes is the co-owner of Bovine Metropolis, an improv theater in Denver. She can't host performances amid the pandemic and has been forced to temporarily close her building and cancel her classes, creating a ripple effect on surrounding businesses.

"Things like cleaning services and other kinds of services, parking, all that stuff has just stopped," she told Newsy.

While a number of small businesses remain shuttered, some restaurants are open for takeout or have used the slowdown to give back to the community.

Washington, D.C.-based Little Sesame closed its doors on Monday. It's paying its employees for two weeks, all the while delivering meals across the city to those in need.

"We haven't really shut down. We really wanted to pivot to where we thought the need would be," explained Dave Wiseman, a co-founder of Little Sesame.

"[For] every $10 gift certificate everyone is giving us, we're donating one meal," he said. "I think a lot of people are sitting at home frustrated [asking], 'What can I do to help?'"

Ultimately, Kerrigan, of the Small Business and Entrepreneurship Council, says the biggest relief for small businesses would be an infusion of cash.

In response to the pandemic, the White House said it is pursuing a $1 trillion aid package that would include payments and grants to help bolster small businesses.

"Hopefully the federal government ... can come together with a package that can get capital to small businesses in a very, very rapid manner," Kerrigan said. "I think that's the key right now to saving as many small businesses as possible."