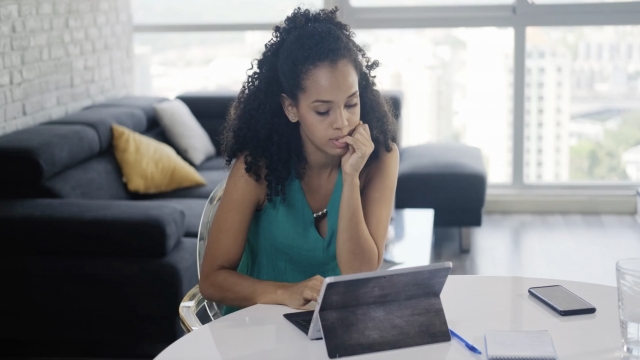 About four in 10 Americans worked remotely because of the pandemic, and about 30% say they worked in a state where they don't reside.

When the pandemic broke, work-from-home orders meant you were free to work from just about anywhere. But if you were one of those who packed up your laptop and phone for another state … well, you could be in for a surprise this tax season.

"Normally you're taxed in your residence state -- where you live. But also you could be taxed wherever you're in a state where you're working," says Eileen Sherr, spokeswoman for the American Institute of Certified Public Accountants.

Sherr says currently, 15 states and D.C. don't tax temporary teleworkers from out of state because of the pandemic. But outside of those, you may have to file returns and pay taxes outside your home state.

Different states have different tax rules for remote work. Factors include how long a worker works out of state — in some states, it could be as little as one day — how much income is earned, and where the home state is.

"You can also talk to your CPA and go to a tax practitioner and try to help it, see if they can help you with figuring out which states you owe in," says Sherr.

A recent AICPA and the Harris Poll found that about four in 10 Americans worked remotely because of the pandemic. About 30% said they worked in a state away from their primary residence. And of the remote workers surveyed, 71% didn't know teleworking in another state could impact their taxes.

"You need to always make sure that where you're living and where you're working, both those states stay in sync and agree," says Sherr.

AICPA is backing federal legislation to help simplify taxes during the pandemic.

"It would allow, again, that you would just keep your withholding the same during the pandemic as it was before the pandemic and for state purposes, and also that the employer could elect to change it to an actual place where the person's remote working," says Sherr.