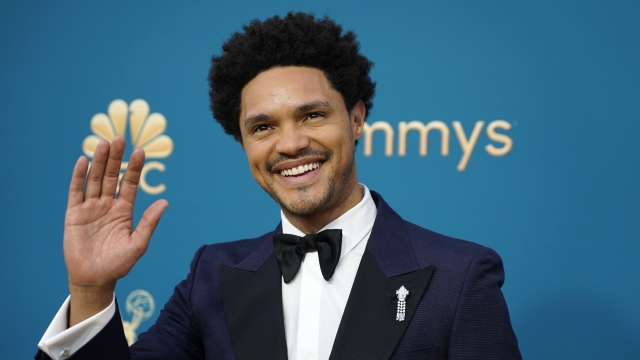 Noah has hosted the late-night talk and satirical news show since 2015 and won an Emmy in 2017 for Outstanding Short Form Variety Series.

Trevor Noah has announced he will be leaving "The Daily Show" on Comedy Central.

Noah has hosted the Emmy Award-winning satirical news show since 2015 but said the COVID-19 pandemic made him reconsider his future and what he wants to do.

He made the announcement in a YouTube video, saying he wants to tour and focus more on stand-up comedy.

Noah — who's from South Africa — was relatively unknown when he was chosen to succeed comedian Jon Stewart as host of the late-night talk show.

The network has yet to say whether it has anyone in mind to replace Noah.

Trevor Noah kicked off his "Daily Show" hosting gig this week. But a few cracks in his opening monologue didn't sit so well with his new audience.