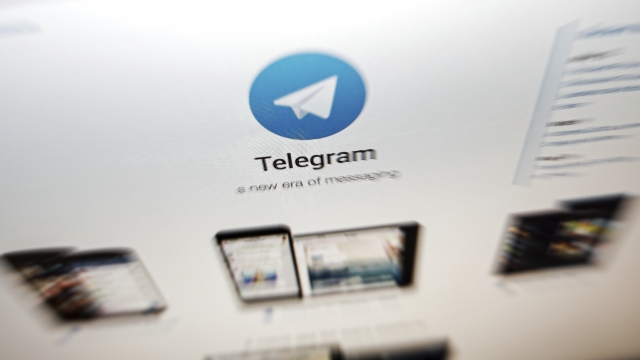 In the past week, encrypted messaging apps like Signal and Telegram have been downloaded tens of millions of times, making them some of the most popular apps worldwide right now.

U.S. officials are putting new emphasis on monitoring these platforms because they're being utilized by right-wing extremists like QAnon and the Proud Boys to plan what could become violent rallies at state capitols and the inauguration of President-elect Joe Biden.

"These groups are burrowing into darker, more difficult recesses of the internet and social media, and as well, migrating a lot of their activities to encrypted platforms like Signal and Telegram," said Jonathan Greenblatt, CEO and national director of the Anti-Defamation League,

Unlike most mainstream social media platforms, Signal and Telegram are harder to track activity on because they offer end-to-end encryption for messages, meaning only the sender and receiver can see the contents.

"The Telegram platform has been a location for extremists for some time now. They can go in there and have chats where it's more off the grid," said Chris Sampson, research director at the Terror Asymmetrics Project on Strategy, Tactics and Radical Ideologies.

Sampson and Greenblatt tell Newsy that these encrypted chat services have seen an influx of traffic after different big tech companies began removing far-right accounts and platforms without content moderation.

One group for ex-Parler users on Telegram has already recruited 15,000 members since Parler shut down. Another Proud Boys group boasts over 30,000 members.

"We've seen a number of the groups who have been pushed off of Facebook, and it's also worth noting pushed off of Twitter, move to other platforms. They had moved to Parler, now that's down thanks to AWS and the work that Apple and Google did," said Greenblatt.

"Parler was, in many ways, getting more volatile than what we see on Telegram," said Sampson.

It's unclear what chatter from these online worlds will actually transfer into real-world action. In several right-wing Telegram groups, some users have pushed back at the idea of attending more protests.

"They've even gone so far as to say they attend no rallies, no events because it's a setup. Yet at the same time, others are saying we're going to have a Million Martyr March on the 20th at said location," said Sampson. "I think we're going to see that some of them are still galvanized. They're going to reevaluate the tactics that they used. And I think that we're going to see more activity."