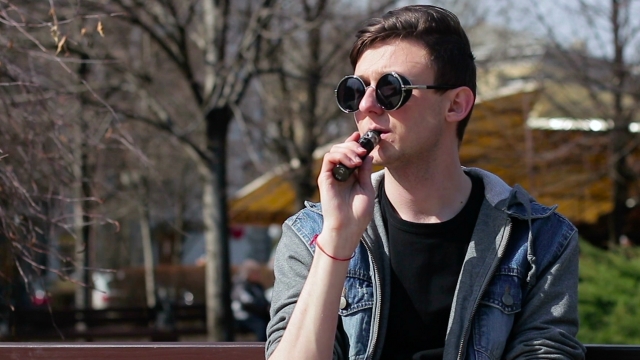 SMS
Teen Marijuana Use In E-Cigarettes, Vaping Is Rising
By Lindsey Theis
By Lindsey Theis
December 18, 2019
Two surveys show teen marijuana use, both in e-cigarettes and vaping, is rising.
SHOW TRANSCRIPT

Researchers combed through the National Youth Tobacco Survey, where U.S. middle and high school students reported how often they smoked in a month, in a year, and in their lifetime.

“This study found out a large increase in kids vaping marijuana -- from 11% to 14%,” Hongying “Daisy” Dai, Associate Professor at the University of Nebraska Medical Center College of Public Health said.

The data was published in The Journal of the American Medical Association. It showed that in 2018, just under 43% of students who had used e-cigarettes at least once and about 54% of current e-cigarette users reported using marijuana in e-cigarettes. Among people who used multiple tobacco products, that number was about 72%.

This comes as a broader survey also shows marijuana vaping made some of the biggest increases ever measured among high school seniors last year. Health experts say the popularity comes in part from the easy-to-conceal nature of electronic cigarettes. Now, some want to make it harder for teens to access these drugs.

“I think a comprehensive tobacco control to ban flavor and raising the age of tobacco use to 21 years old are critically needed,” Dai said.