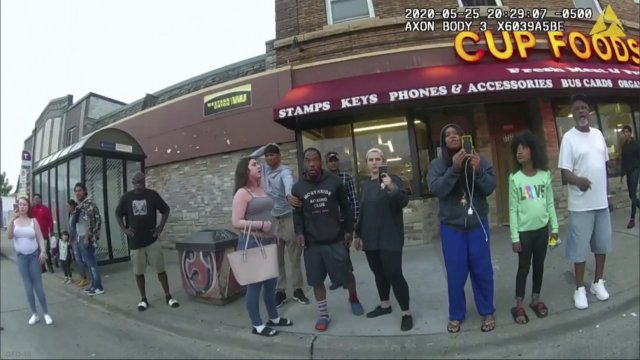 SMS
Teen Who Recorded Murder of George Floyd Awarded Pulitzer
By Jamal Andress
By Jamal Andress
June 11, 2021
The board called Frazier "courageous" and said her actions highlight the "crucial role of citizens in journalists' quest for truth and justice."
SHOW TRANSCRIPT

It was a video that changed the world — sparking a nationwide reckoning on race and leading to a murder conviction for a Minneapolis police officer.

The Pulitzer Board has awarded a special citation to Darnella Frazier, the teenage girl who recorded and uploaded the original video showing Derek Chauvin murder George Floyd.

In its announcement, the board called Frazier "courageous" and said her actions highlight the "crucial role of citizens in journalists' quest for truth and justice."

Frazier's video went viral almost immediately and served as a stark contrast to the official statement from the Minneapolis Police Department on Floyd's death which said Floyd died after a 'medical incident during police interaction.'

And while Frazier's video proved to be vital, it also came at great personal cost to her. Here's Frazier testifying during the Chauvin murder trial.

On the 1-year anniversary of Floyd's death Frazier reflected on the role she played in Chauvin's conviction and Floyd's legacy, "Even though this was a traumatic life-changing experience for me, I'm proud of myself. If it weren't for my video, the world wouldn't have known the truth. … My video didn’t save George Floyd, but it put his murderer away and off the streets." 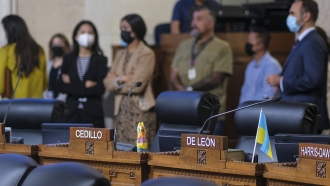