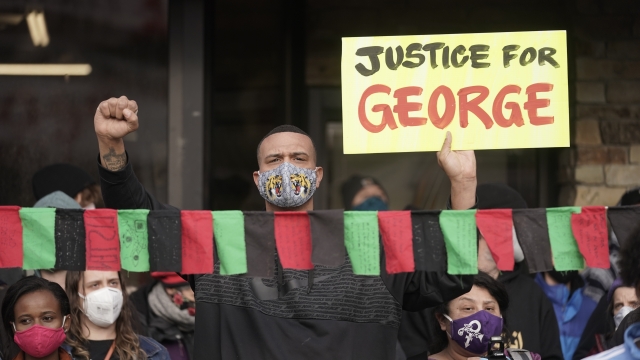 After the Derek Chauvin verdict, the spotlight shifted to the video that showed the interaction between Chauvin and George Floyd.

Here's why: the initial police report that was released the day after Floyd died went viral. People criticized the department for leaving out details like what exactly caused Floyd to suffer medical distress. It did not mention Chauvin's knee on top of Floyd for more than 9 minutes.

The praise is pouring in from all over for Darnella Frazier, the teen who filmed the killing, which turned out to be key evidence in this trial. She also testified during the trial.

Last night, Frazier posted on social media sharing her relief. She says she cried and was very anxious but was happy justice was served.

Floyd's family said they were grateful for what she did.

"The sad thing is that if it wasn't been for that 17-year-old girl, Darnella, it would've been another Black man that was killed by the police," said George Floyd's aunt Angela Harrelson. "And we wouldn't have never had a story. We wouldn't be here today talking."