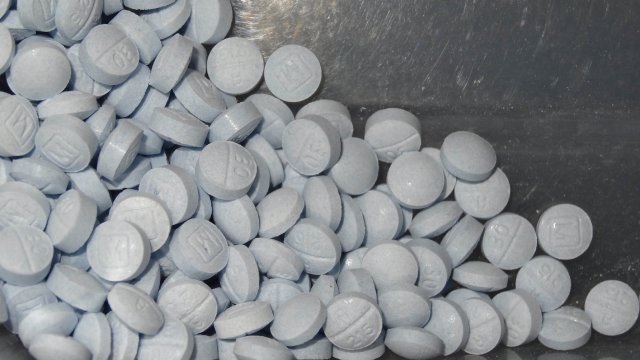 A somber Shannon Doyle looks over the last medals her daughter Makayla cox earned in cheerleading.

April 21st will mark three months since Makayla died from a fentanyl overdose — just two weeks after her 16th birthday.

"I knew the moment that I walked in and saw her that it was too late," Doyle said.

New research shows the teen overdose death rate nearly doubled in 2020, and rose another 20% in the first half of 2021. Before that, it had been flat.

Another way to think about the numbers-imagine about a thousand teens in a concert hall — and it going to empty.

But teen drug use hasn’t gone up. Instead, the drug supply has gotten dangerously toxic — and fentanyl is the main killer.

"It's actually affecting teens on the west coast more than teens elsewhere," said Joseph Friedman, an addiction researcher at the University of California Los Angeles. "And native teens and Hispanic teens were overwhelmingly affected."

One solution is a medicine like naloxone, or Narcan. It stops the body’s deadly reaction in an overdose.

The National Association of School Nurses says it should be available in schools.

The U.S. Drug Enforcement Administration says 4 out of 10 pills containing fentanyl hold a potentially lethal dose. It's a fact Shannon Doyle wants every parent to know.