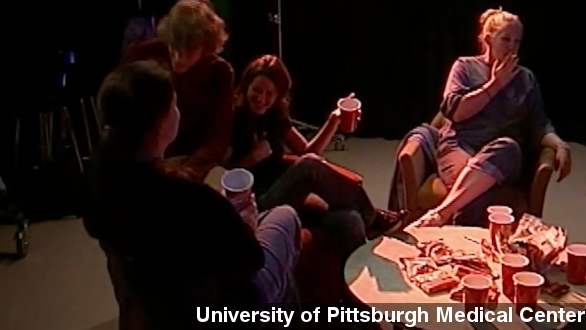 "A new study links teen drinking with pop music that references alcohol. … Participants who could remember 'alcohol brand names' in songs were twice as likely to drink alcohol and were more likely to binge drink." (Via WBZ)

The University of Pittsburgh study surveyed 3,400 people ages 15 to 23. The participants clocked in an average of 2.5 hours of music per day, with three to four brand mentions every hour.

References to Grey Goose Vodka, brushing teeth with a bottle of Jack Daniel's whiskey, and shots of Patron Tequila are just a few of the brands used as musical influences.

Researchers published their findings in Alcoholism: Clinical & Experimental Research. They found listeners could be separated into three groups — high, medium and low.

The high group owned and liked a considerable amount of music with alcohol-branded lyrics. When compared to the low group who rarely liked the music, the highs were more than three times as likely to have ever had a complete drink of alcohol and twice as likely to begin binge drinking at some point in their life. (Via University of Pittsburgh)

So, is this pop music mind control? Not really. But Health explains the team discovered when drinking is mentioned in a pop song, it is almost always shown in a positive, party-hard form.

The downsides of excessive drinking like alcoholism, violence and incarceration are rarely suggested in the lyrics. (Via KBAK)

As for who's advocating the use of alcohol, it's hard to say whether alcohol brands have spent money on rap lyrics or if "Bud Light" just rhymed better in the songwriter's head.  Either way, the study points out the legality of the issue.

The study's author, Dr. Brian Primack, explains these artists might be in violation of "current guidelines" which state alcohol marketing should portray products in a responsible manner. (Via University of Pittsburgh)

You've already seen those current guidelines tagged onto the end of advertisements like this:

However, Primack says the rules are also "vague and challenging to interpret" and therefore hard to enforce.