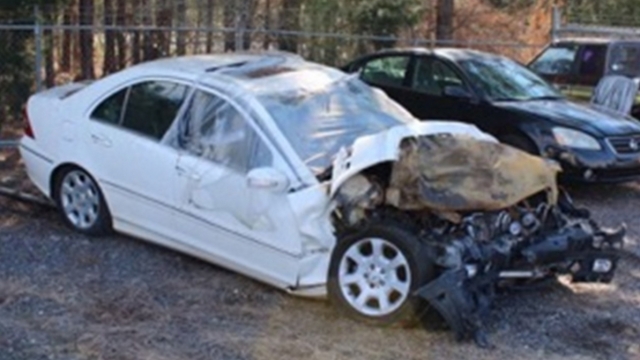 A Georgia teen has been charged with a felony after a passenger said she caused a wreck because she was using Snapchat.

Christal McGee faces a felony count of causing serious injury by vehicle and three misdemeanors for her role in a wreck last September.

According to a lawsuit filed against McGee and Snapchat, McGee was driving nearly double the 55 mph speed limit when she crashed into another driver, causing him brain damage.

McGee denied the accusations, but one of her passengers, Heather McCarty, said McGee was using Snapchat's speed filter while behind the wheel. The filter indicates how fast you're going at the time the photo's taken.

"I asked her, 'Did that keep up with the speed of the car?' And she said, 'Yeah.' She was trying to hit 100 miles an hour and post it on Snapchat," McCarty told WSB-TV.

But another one of McGee's passengers estimated she was going under 70 mph. McGee's father told WGCL the lawsuit is just an effort to get money.

"They're trying to say she was going 107 miles per hour. I've been working wreckers for 26 years. If she was going that fast, they would have all been dead," Chris McGee said.

Snapchat says McGee's activity log proves she wasn't using the app around the time of the collision. That revelation prompted both sides to put the lawsuit on hold.

Clayton County law enforcement issued four arrest warrants for McGee on Thursday, including one for driving 35 mph or more over the speed limit. Snapchat declined to comment on the case.

This video includes clips from Snapchat, WGCL and WSB-TV and images from The Law Offices of Michael Lawson Neff, P.C. and Getty Images.