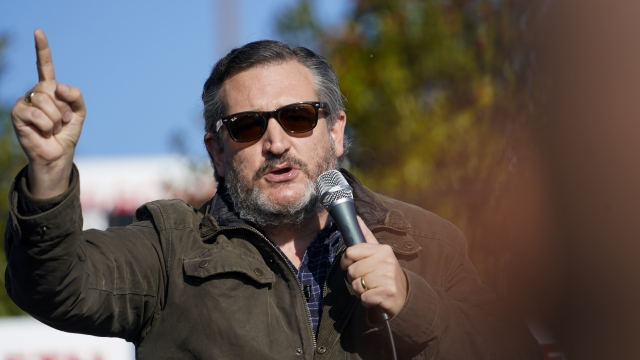 Senator Ted Cruz of Texas is leading a group of 11 GOP senators, who now say they will object to certification of the presidential election results.

The 11 senators, including Senators Ron Johnson of Wisconsin and John Kennedy of Louisiana, issued a joint statement Saturday on their response to Congress's scheduled Wednesday certification of Joe Biden's victory. They say they "intend to vote on January 6 to reject the electors from disputed states."

The group is calling for the Electoral Commission to conduct an emergency 10-day audit of the results.

In the statement, they wrote: “The election of 2020, like the election of 2016, was hard fought and, in many swing states, narrowly decided.  The 2020 election, however, featured unprecedented allegations of voter fraud, violations and lax enforcement of election law, and other voting irregularities."

The House and Senate are to meet in a Joint Session where they will read the Electoral College count from each state in alphabetical order. Members of Congress can object to the results, which would trigger up to two hours of separate debate in both chambers. Both the Senate and the House would then have to vote to approve any objections — an outcome that is extremely unlikely.

Despite President Trump claiming fraud, his own attorney general — William Barr — said there was no evidence of widespread voter fraud affecting the election outcome. Numerous Courts — including the Supreme Court — have roundly rejected legal challenges to the results.