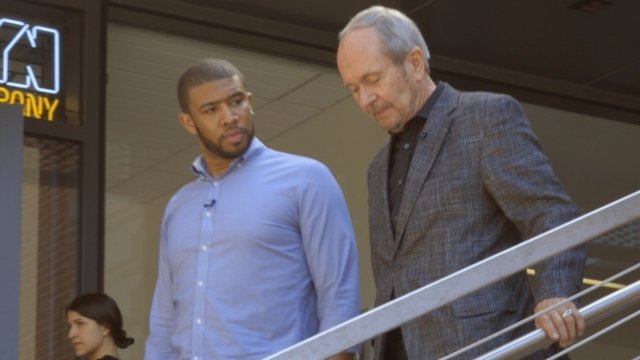 SMS
Smart City Tech Adds Innovative Solutions — And Tough New Problems
By Eugene Daniels
By Eugene Daniels
July 11, 2018
Newsy spoke with the man behind Smart Cities New York's annual conference to figure out how cities can fix those issues before they even come up.
SHOW TRANSCRIPT

Smart cities are beginning to pop up all over the planet. The definition of a smart city can vary, but basically, it's any city that is trying to create better services, operate more efficiently and increase public safety by using new technology and collecting data from residents.

Cities are working on things like public Wi-Fi, better traffic management, driverless city buses, and kiosks that connect people with city events, nearby restaurants and emergency services. And most of these tools require information about the people using them.

Jerry Hultin's the man behind Smart Cities New York. It’s an annual gathering of policy makers, tech innovators and everyone else leading the charge to make cities more efficient, more fun to live in and safer.

"Yes, there are lots of great technology solutions. In fact, there's thousands of them, and it's hard to catalog them. And I think over time we'll see them kind of wrap themselves into clusters," Hultin told Newsy's Eugene Daniels.

And those clusters are sort of revealing themselves every day. Some are as easy as a kiosk, others are a lot more complicated and sound like they’re straight up out of a sci-fi movie. For example, Hultin says Barcelona is working on underground trash storage. 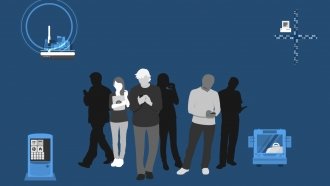 Smart Cities Are The Next Frontier In The Data Protection Debate

"Delightful solution for quality of life. Then you've got, like in this city we've got a technique where we put a sensor in every manhole to detect that there's stray voltage or gas leaking out so we get fewer exploding manholes," Hultin said.

But all of this new tech is likely also going to bring some danger spots with it, like the possibility of your data being compromised. The information from some of these innovations can be used to paint a pretty clear picture of who you are and how you interact with the world.

"If I create a really secure city where you're always safe, would you give up a little bit of privacy? You might," Hultin said.

"So you'll see, what's called a second generation of how we protect privacy and still use data. Some of it can be done by anonymizing the data, taking the individual out of it and using the composite of data, so we may know, 'Here's the traffic flows,' or, 'Here's the number of people buying in this part of town,' but we aren't necessarily tracking you individually, the buyer."

Any time there is a technological advancement, there’s a disruption. Ride-share companies disrupted how people use taxis. Cell phones completely changed the need for most of us to have house phones.

But sometimes those disruptions impact people and their jobs and can change the city so much that some people may be priced right out of their neighborhoods. Hultin has three major ways to make sure this doesn't happen — or at least not happen that much.

"First, engage them in the transformation. So we're doing that in New York City. So in Brownsville, which is very poor community, the young kids are using virtual reality already to redesign the street scape. Where all the retails closed, they're putting stores in by virtual reality saying, "This is what this could be like at our place."

"Three would be create an ethic amongst the larger corporations which sometimes do tend to come in to just say, 'Oh here's the way we oughta do it,' that says, 'You gotta be powered by people. Engage the people in your process. Don't jump in and just say, "This oughta work." Arrive, talk, listen, like the people, help them build a better place,'" Hultin said.