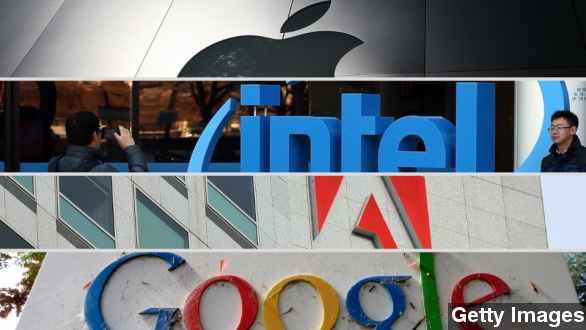 SMS
Tech Giants Offer Settlement In Antitrust 'Poaching' Lawsuit
By Jake Godin
By Jake Godin
January 14, 2015
Google, Apple, Intel and Adobe have offered a new settlement for an antitrust lawsuit they're involved in. The previous offer was rejected.
SHOW TRANSCRIPT

Four of Silicon Valley’s biggest tech firms have reached a new settlement on a sprawling antitrust lawsuit. The lawsuit, brought by tech workers, alleged the companies conspired to avoid poaching one anothers’ employees.

According to a Tuesday court filing, Google, Apple, Intel and Adobe have all agreed to pay an undisclosed amount in damages to settle the 2011 lawsuit.

This, after U.S. District Judge Lucy H. Koh rejected the initial settlement offer of $324.5 million. At the time, Koh said the settlement “would need to total at least $380 million.”

Quoting a source close to the negotiations, The New York Times says the four tech giants are offering a joint payment of $415 million. If this settlement is rejected, the case could end up in the courtroom this spring.

If it does go to court, The Times points out the companies could be required to pay a sum somewhere in the billions.

The lawsuit involves 64,000 current and former tech workers who allege the companies set up “no poach” rules in order to suppress wages.

Google, Apple, Intel and Adobe are all expected to file a more detailed explanation of their settlement in the coming days.