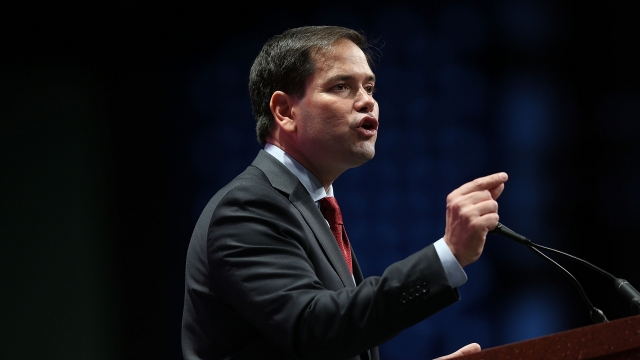 Cruz volunteers used a CNN report to support their claim that Marco Rubio's campaign was debating dropping out before the Florida primary.

That's after Cruz volunteers repeated a CNN report that team Rubio was considering dropping out of the presidential race before the primary in Rubio's home state of Florida — a report the Rubio campaign calls false.

That email from Cruz volunteers said, "According to multiple news sources, Marco Rubio's advisers are telling him to drop out of the presidential race before losing his home state of Florida in a few days' time."

"I'm going to ask you to stop reading that sort of fiction on air," Rubio spokesman Alex Conant told CNN. "That is fiction and CNN should stop reporting it."

A later statement from the Cruz campaign disowned the email and said, "Some volunteers in Hawaii were involved in the posting. The individual(s) who sent this had no authority from the campaign to do so."

Last month, Cruz fired his spokesman for repeating a false report that Rubio had dissed the Bible.

And Cruz apologized to Ben Carson after his campaign told Iowa voters the neurosurgeon was dropping out before the caucus.