Teaching Children About Conservation, How To Make A Difference 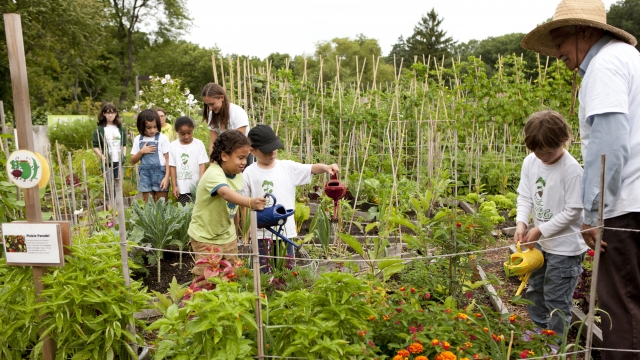 Issues surrounding climate change can be a source of anxiety for everyone, but especially for children. Since many are already online at a very early age, they can read about some of the worst environmental problems and feel frightened. If these problems aren't put into context for them, they can suffer what environmental educators call eco-anxiety.

The American Psychiatric Association recognizes that climate change is a growing threat to mental health. By learning about it and how to take action, it can help reduce the stress, according to activists like Kristy Drutman. Drutman is an environmental educator, who runs the website Browngirlgreen.org. She has helped develop a conservation and climate justice curriculum to teach kids about the problems around climate change, conservation and possible solutions.

"Basically, the goal of it is to talk about the importance of addressing climate change in a way that is accessible to middle school and high school students," Drutman said in an interview with Newsy's Evening Debrief. "So, it takes issues around ecology and conservation and connects it to issues around human rights and social justice."

Drutman also said one of the biggest issues she's noticed when it comes to teaching children about conservation, ecology and social justice is they feel their opinions don't matter.

"And they question that because they're so young that maybe their voice doesn't matter and I try to remind them, no, actually, your voice is so powerful, even more powerful than you can imagine," Drutman explained.

She said one of her goals is "to keep inspiring younger kids to get involved and to take action." 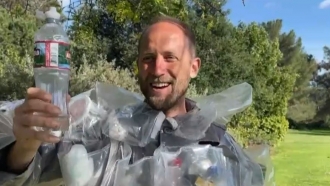 How Can We Live A More Sustainable Lifestyle?

That's something Corina Newsome understands very well. Newsome is an associate conservation scientist at the National Wildlife Federation. The organization has a number of programs to help teach children about conservation and being good stewards of the environment.

Some of the programs include the iconic raccoon character Ranger Rick and a number of programs tailored to different cities and regions. A program called "Earth Tomorrow Atlanta" for middle and high schoolers, for example, helps train young people to be effective leaders and advocates for the environment.

Newsome said it's important for children everywhere, in urban, suburban and rural settings to understand that issues that relate to conservation are happening right outside their door.

"We don't want people dumping harmful chemicals into their watersheds because they just didn't know that was a problem," Newsome said. "We want people to understand how the way that they interact with the world around them impacts living things in places that they may not even recognize, unless someone shows them."

Newsome said when children are introduced to the world right where they live "it suddenly connects them in a way that, number one, makes their life better and spurs this incredible curiosity, but also helps them to be better stewards and to be able to then pass that on."

There are many ways children can be proactive about climate change, which in turn helps alleviate anxiety.

They can do simple things like address food waste at school, for example, by implementing a composting program. They can demand more plant-based foods at school.

They can also engage in letter writing campaigns to their state representatives. Drutman says children are never too young to understand and engage in the civic process.

Drutman says the bottom line is that parents and teachers should not be afraid to expose kids to some of the more serious climate and conservation issues — because it's their future on the line.

She says phrasing the information in a way that doesn't scare them is what matters.