Teachers Are Using Crowdfunding To Get More Classroom Supplies 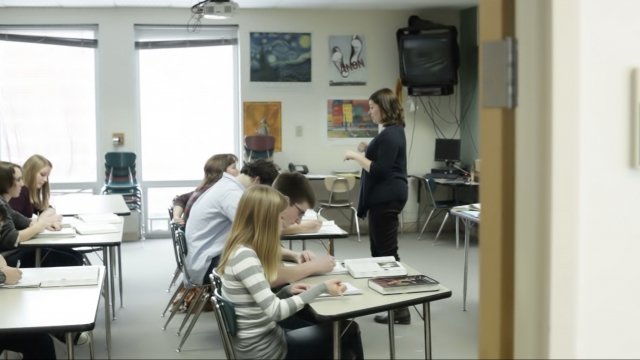 SMS
Teachers Are Using Crowdfunding To Get More Classroom Supplies

By Lauren Stephenson
August 11, 2017
Teachers on average will spend $600 out of pocket on classroom supplies, according to AdoptAClassroom.org.
SHOW TRANSCRIPT

Americans are expected to spend about $4.9 billion on school supplies, according to a survey from the National Retail Federation. Parents surveyed said they planned to spend just shy of $115 on school supplies. That's just on supplies — not clothes, shoes or electronics.

But while the cost may be high for parents, teachers still end up spending many times more on supplies for their classrooms.

You've probably seen it. An Oklahoma teacher made headlines this summer by standing on the side of the road and asking for donations  — for her classroom.

Surprised? Perhaps some were. But others — not so much. 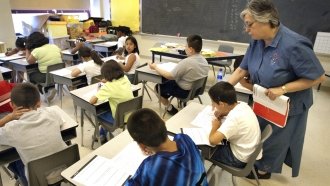 Take Danielle Greene, for instance. She's an eighth-grade civics and economics teacher. At the beginning of the school year, she received a paper bag of supplies from her school district.

"In it would be two packs of paper and a big set of scissors and a couple glue sticks, a couple markers and those are like the supplies that I'd get for the year," Greene told Newsy. "And working in a low-income community, it's really hard to ask parents to bring — to send in things. So we'll ask. I might ask like a million times. I even give out extra credit for extra glue sticks or something that can be communally used. I rarely get it."

Greene's story is a common one. The National Center for Education Statistics says that in 2015, about 20 percent of all public school students were living in poverty.

Greene, who just left her job to pursue a Ph.D., never panhandled like Danks. But she did turn to crowdfunding sites like DonorsChoose.org and GoFundMe to raise money for everything from tissues to a color printer for history fair projects to field trips for her students.

"I want to say like 60 to 75 percent of the resources I use in my classroom come from crowdfunding," she said.

The Education Market Association, which is a trade association for educational products industry, has noticed a definite shift to crowdfunding.

"It kind of started with maybe some teacher wish lists that had been around for many years when the PTA would fulfill these wish lists or individual parents could do that," said Adrienne Dayton, vice president of communications and education with the Education Market Association.

Greene estimates she raised just under $10,000 through crowdfunding campaigns. She's not alone. DonorsChoose.org reports donors on its site have given over $559 million in classroom project funding, impacting over 23 million students.

According to GoFundMe, the 72,000 campaigns it has hosted for K-12 teachers has netted nearly $34 million.

Even with crowdfunding, Greene still "fills in the cracks," by paying for supplies out of pocket.

That's not uncommon for teachers. They'll spend an average of $600 out of their own pockets on classroom supplies, according to AdoptAClassroom.org.The organization has aimed to help reduce the personal cost for teachers since 1998.

In the past year, AdoptAClassroom.org has raised more than $3.35 million to support over 16,000 teachers.

This trend isn't new. Speak to teachers who've been in classrooms for decades, and they'll likely tell you they've spent their fair share out of pocket. 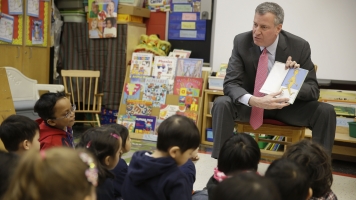 Ness argues the scale of expectations placed on teachers has changed.

"Most school districts have not really adjusted classroom budgets to reflect or to go back to pre-recession levels. So the large number of teachers who are expected to buy classroom supplies has without a doubt has increased over the last 10 years and has more slowly increased over the past 20 years," she explained.

Caylyn Tate, a third-grade reading teacher in Georgia, said: "It's just like a part of the way it is for public teaching right now because teachers know to have more successful students, you're going to need to have an engaging classroom."

Tate uses crowdfunding to help her with organizational materials, especially to make books more easily accessible for her students.

"I am currently the inclusion teacher, so my population of about 50 students is very diverse. I have gifted students. I have general education. I have English as a second language, and I have several students who are special education," Tate said. "When I looked at the population of kids I would be serving, I realized that I was going to need to do a lot more to be able to serve these kids."

After speaking with parents at the school's open house, Tate got an idea: get iPads.

"Specifically for some of my special needs students with disabilities who have trouble communicating, there are now apps that allow them to express themselves or draw out the story. There's just so many cool things I was looking up — there's a list of 100 apps reading teachers can use posted on the internet. But those are the main things I'd like to use the iPads for that wouldn't be accessible on laptops or a PC," Tate said.

Greene says crowdfunding has given her students more than just the supplies they need. She used the example of her students' reactions to getting new highlighters.

"My kids — as eighth-graders you think 13-year-olds would not care about highlighters — were over the moon excited," she explained. "One of my students ... was like, 'So who are these people?' and I was like, 'You know, they're just people who want to give us money for things that we want in our classroom.' And she was like, 'So you mean people that don't even know us, care about us?'"

Greene said she was shocked, because she said when she was a child, she assumed people cared about her.

"They equate highlighters and gluesticks to someone caring about them learning, which I think turns into motivation for them to do better."

Since she has left her job, Greene has passed along all the classroom supplies she received through crowdfunding to her colleagues.

Her most recent crowdfunding campaign was to send two of her students to the Black Girls Lead conference in New York City.

Greene said the admittance process is highly selective and is open to girls internationally.

"It took them a week and a half every day and weekends. They stayed at school with me until 6:15," Greene said of the application process, adding she "lost it" when both of her students were accepted.

But there was still a major obstacle: finding the money to go on the trip since the students didn't have the means to pay for it. Greene had about a month to raise $2,500 to cover the cost of the program registration, travel, lodging and dining. 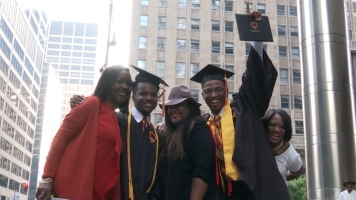 With one week left, they were $1,400 short. So she tried a new approach: tagging celebrities on social media with the link to the fundraising page.

Greene didn't expect a response, but she received a big one from one of the celebrities she tagged.

Greene explained: "Amanda Seales, she plays Tiffany on 'Insecure.' She’s an actress and comedian. She donated $1,400 just from me tagging her on instagram."

That contribution got them to their goal. And the two students were able to experience the conference and see sites like the United Nations that Greene said they otherwise may not have gotten a chance to see.

"Them knowing that people care about them is really big, especially when you're in a place in society where you don't see that very often, you don't feel valued," she said. "To know that people who don't even know you believe in you allows you to believe more in yourself."