Teachers Across The Country Are Threatening To Strike Over Low Wages 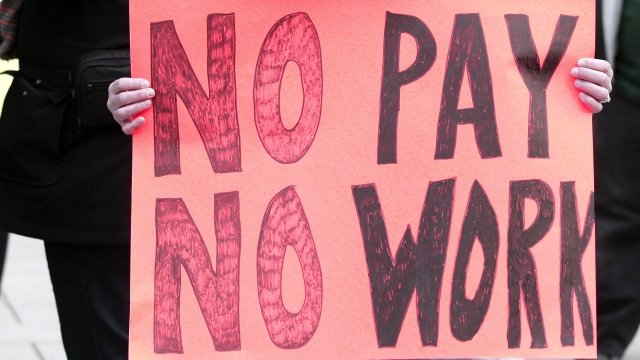 Teacher strikes continue to spread across the country as educators in several states demand higher salaries and additional investment in their schools.

According to local media in Kentucky, schools throughout the state were closed Friday as teachers called in sick or requested substitutes. They say they're upset with a controversial pension reform bill the state government passed Thursday night.

Teachers in Oklahoma are also planning to walk out next week if lawmakers don't meet their demands for raises and more school funding.

And some Arizona educators are threatening to strike over similar concerns.

Teacher walkouts have seemingly been on the rise since a statewide strike in West Virginia convinced lawmakers to give public school teachers a 5 percent raise.