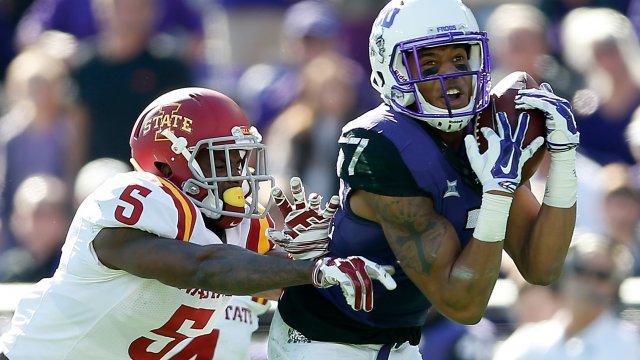 Texas Christian University has filed its own lawsuit against a former football player who's suing the school for forcing him to play through injuries.

The Fort-Worth Star-Telegram reported Friday that TCU filed a motion in court Wednesday saying two doctors named in the suit were independent contractors, so the school should be removed from the lawsuit.

Listenbee says he suffered a pelvis injury in 2015, his senior season, and should have been given eight to 12 weeks to recover. Instead, he says, Patterson and others forced him to play three weeks later, threatening to kick him off the team if he didn't.

Listenbee struggled on the field after the injury. Though the Bills drafted him in the sixth round in 2016, health issues kept him off the field. He's never played in the NFL. He seeks over $1 million in damages.