Tax Revenue From Marijuana Sales Benefits Communities Across The U.S. 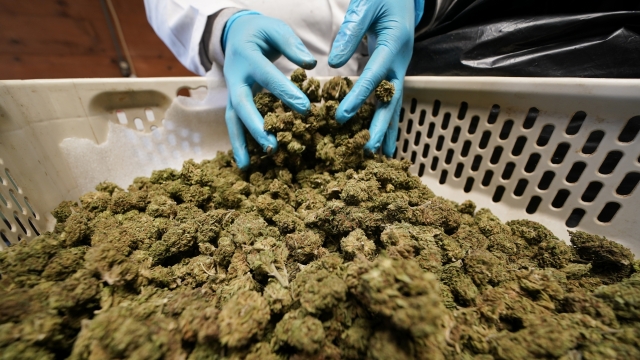 Colorado and Washington were the first states to legalize marijuana. Now there are 18 states overall that allow recreational use, and at least a dozen more states working to get added to that list.

The states where it is legal are raking in tons of money in additional tax dollars — $10.4 billion nationwide —  with much of it being redirected toward community initiatives.

Illinois is a prime example, with 20% of state tax revenue from pot sales going to mental health programs — and 25% of those funds are being invested in disadvantaged communities.

Colorado legalized pot in 2012, and in 2021 the state raked in more than $400 million in tax revenue — with that money going to public schools, health care, and substance abuse prevention and treatment programs.

New York legalized the recreational use of marijuana last year for those over 21, but recreational sales are not expected to start until later this year or early next year as the state sorts out regulations for what is expected to be one of the biggest legal U.S. markets for pot.

New York City Mayor Eric Adams, a former New York Police Department captain, said Thursday that his office is committed to helping the industry develop in a socially equitable way, helping those who were impacted by the war on drugs find opportunities in the industry, such as offering pro bono legal services, help with applying for licenses, and financing and marketing.

Adams said he supports a newly announced plan by the state to give the first licenses to sell marijuana to those who have marijuana-related convictions.