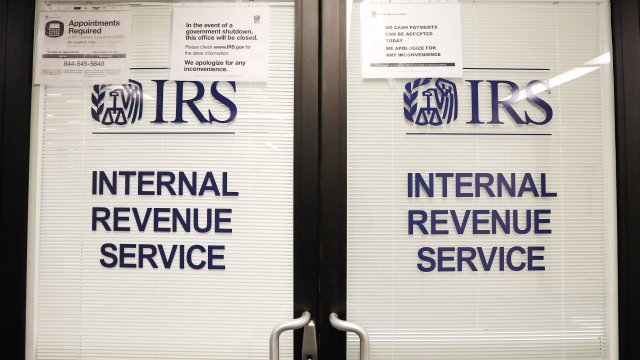 Americans were given three extra months to file their taxes because of the COVID-19 pandemic. But new cases are rising again, making safety a top priority as taxpayers rush to meet the deadline on Wednesday.

“That includes steps to accommodate social distancing guidelines, like adding extra space between chairs and desks as well as reducing the number of office spaces within each office,” said Nathan Rigney, lead tax research analyst at The Tax Institute at H&R Block.

Meanwhile, millions of Americans remain unemployed. With less cash on hand, paying a tax firm to file for you might not be an option. And filing yourself could be difficult if you don’t have the resources at home.

Despite these challenges, the IRS said there won’t be another Tax Day extension. Taxpayers can apply for one themselves, but that can come with a cost.

“If you have a balance due and you file that extension, you’re still going to be accruing interest and a late payment penalty on that balance due,” Rigney said.

To be granted an extension until Oct. 15, the application has to be submitted to the IRS by midnight Wednesday. But there are payment plans available if you can’t pay in full.

Given the circumstances of the pandemic, it’s unclear how fast taxpayers will receive their refunds. In fact, the IRS had a backlog of at least 4.7 million paper returns, according to a recent estimate.

“The paper returns are a high priority for the Internal Revenue Service in terms of processing, and I think we’re running through that about 1 million a week – reducing the backlog about a million a week,” Rettig said.

There is one silver lining. The IRS said they'll pay interest on delayed returns. That extra money could come as a separate payment later on.