Tara Reade 'Not Sure' What Words She Used In Biden Complaint 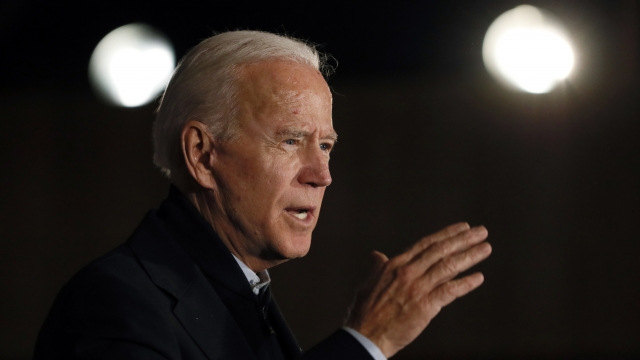 SMS
Tara Reade 'Not Sure' What Words She Used In Biden Complaint
By Johannah Grenaway
By Johannah Grenaway
May 3, 2020
The former Senate aide said she was "too scared" to say "sexual harassment" but does remember using the words "uncomfortable" and "retaliation."
SHOW TRANSCRIPT

Former Senate aide Tara Reade says she was "too scared" to explicitly accuse then-Senator Joe Biden of sexual assault or harassment 27 years ago.

Reade said she's "not sure" which words she used in a complaint filed in 1993, but she knows she didn't use the words "sexual harassment." Although, she told The Associated Press she does remember using the words "uncomfortable" and "retaliation" because she was "too scared to write about the sexual assault."

As Newsy has previously reported, the presidential hopeful and former vice-president has denied Reade's allegations. Biden said "it is not true" and "it never happened." He has asked the Senate and the National Archives to release any evidence of the complaint she says she made against him.

Reade says Biden attacked her in a Capitol Hill office building in 1993 when he was a senator and she worked as a staff assistant in his office.

The AP interviewed Reade last year when she joined other women in accusing Biden of unwanted touching, such as kissing and hugging. But, Reade said she didn't share details of the sexual assault with reporters during that time because she was afraid of backlash.