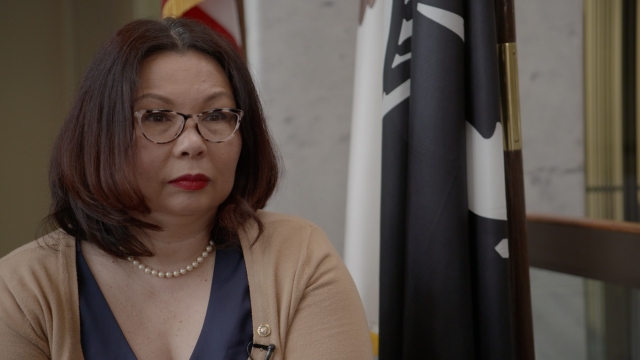 SMS
Sen. Duckworth: Trump Has No Authority To Wage War With Iran
By Kellan Howell
By Kellan Howell
January 14, 2020
Sen. Tammy Duckworth, a veteran of the Iraq war, says the Trump administration's justification for its strike against Iran is false.
SHOW TRANSCRIPT

Democratic Sen. Tammy Duckworth, a veteran of the Iraq war, told Newsy that the Trump administration has failed to justify its strike against Iran and that the president does not have authority to call for military action without proof of an imminent threat.

"In order for him to carry out the strike against a nation for which we do not have currently an authorization for the use of military force, he has to present an immediate danger, and so far the administration has failed to provide any justification for that," Duckworth said.

Democrats are trying to reign in President Trump’s ability to wage war with Iran. The House has already passed a war powers resolution that would require congressional approval for further military action against Iran, but it’s non-binding. And Duckworth, who is co-sponsoring the Senate resolution, says it's likely dead on arrival in the upper chamber.

"I don’t think that Mitch McConnell is going to allow us to vote on it. He has show to be President Trump’s man in that he is not willing to do anything that goes against the White House’s wishes despite it being the right thing for the American people and so it’s pretty clear that he will not allow us to vote on that," she said.