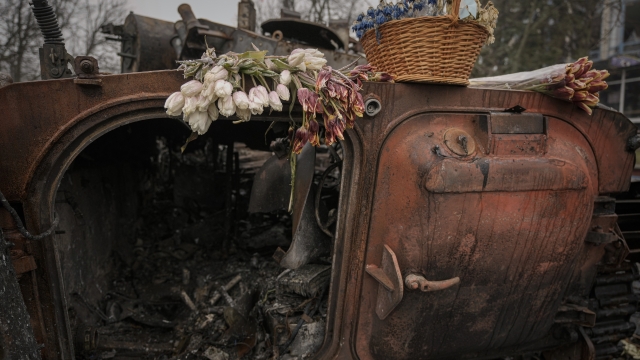 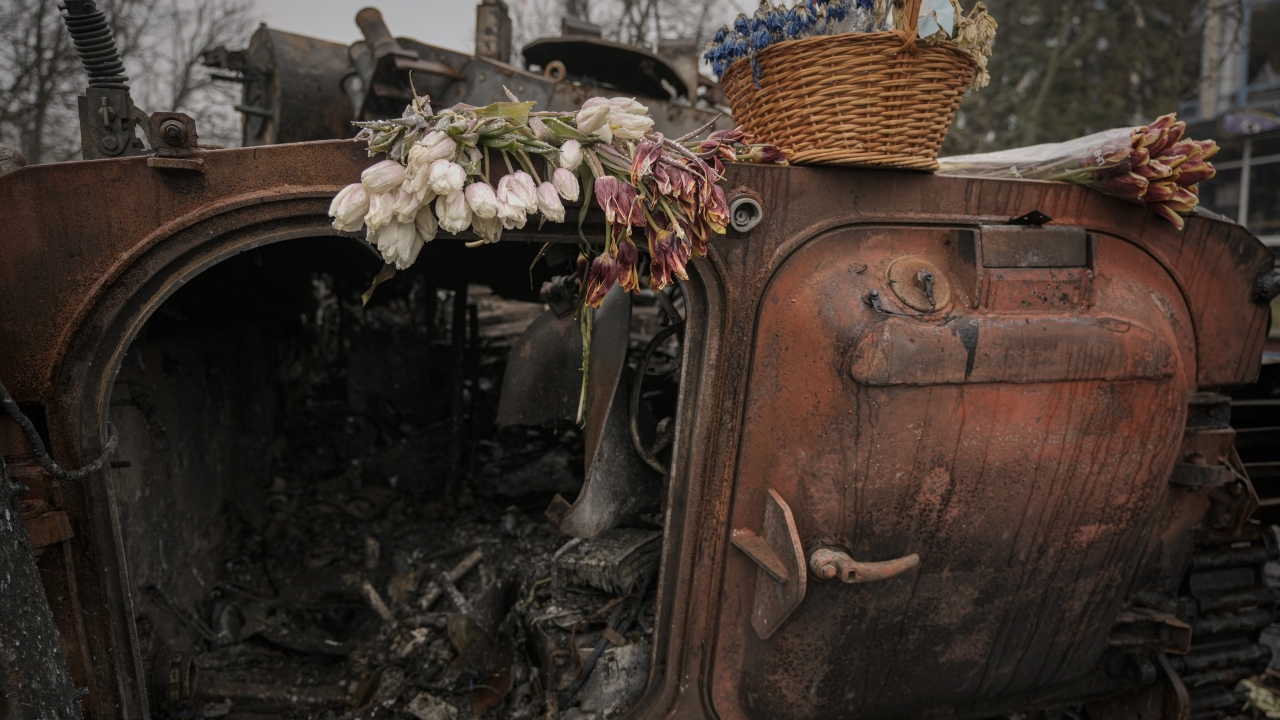 Talks to stop the fighting in Ukraine resumed Friday, as another desperate attempt to rescue civilians from the encircled city of Mariupol failed and the Kremlin accused the Ukrainians of launching a helicopter attack on a fuel depot on Russian soil.

Ukraine denied responsibility for the fiery blast, but if Moscow’s claim is confirmed, it would be the war’s first known attack in which Ukrainian aircraft penetrated Russian airspace.

“Certainly, this is not something that can be perceived as creating comfortable conditions for the continuation of the talks,” Kremlin spokesman Dmitry Peskov said, five weeks after Moscow began sending upwards of 150,000 of its own troops across Ukraine’s border.

Meanwhile, Russia continued withdrawing some of its ground forces from areas around Kyiv after saying earlier this week it would reduce military activity near the Ukrainian capital and the northern city of Chernihiv to promote trust at the bargaining table.

While the Russians kept up their bombardment of those two zones, Ukrainian troops exploited the pullback on the ground by mounting counterattacks and retaking a number of towns and villages.

Still, Ukraine and its allies warned that the Kremlin is not de-escalating but resupplying and shifting its troops to the country’s east for an intensified assault on the mostly Russian-speaking Donbas region in the country's east, which includes Mariupol.

The latest negotiations took place by video. At a round of talks earlier in the week, Ukraine said it would be willing to abandon a bid to join NATO and declare itself neutral — Moscow’s chief demand — in return for security guarantees from several other countries. 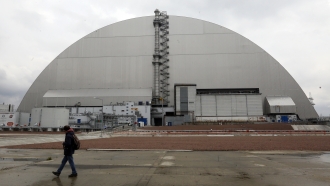 As for the fuel depot explosion, Russian Defense Ministry spokesman Igor Konashenkov said two Ukrainian helicopter gunships flew in extremely low and attacked the civilian oil storage facility on the outskirts of the city of Belgorod, about 16 miles from the Ukraine border.

The regional governor said two workers at the depot were wounded, but the Rosneft state oil company denied anyone was hurt.

Oleksiy Danilov, secretary of Ukraine’s national security council, said on Ukrainian television: “For some reason they say that we did it, but in fact this does not correspond with reality."

Russia has reported cross-border shelling from Ukraine before, including an incident last week that killed a military chaplain, but not an incursion of its airspace.

Amid the Russian pullback on the ground and its continued bombardment, Ukraine’s military said it had retaken 29 settlements in the Kyiv and Chernihiv regions.

Russian forces in the northeast also continued to shell Kharkiv, and in the southeast sought to seize the cities of Popasna and Rubizhne as well as Mariupol, the Ukrainian military said.

On on the outskirts of Kyiv, where Russian troops have withdrawn, damaged cars lined the streets of Irpin, a suburban area popular with young families, now in ruins. Emergency workers carried elderly people on stretchers over a wrecked bridge to safety.

Three wooden crosses next to a residential building that was damaged in a shelling marked the graves of a mother and son and an unknown man. A resident who gave her name only as Lila said she helped hurriedly bury them on March 5, just before Russian troops moved in.

“They were hit with artillery and they were burned alive,” she said.

An Irpin resident who gave his name only as Andriy said the Russians packed up their equipment and left on Tuesday. The next day, they shelled the town for close to an hour before Ukrainian soldiers retook it.

The invasion has left thousands dead and driven more than 4 million refugees from Ukraine.