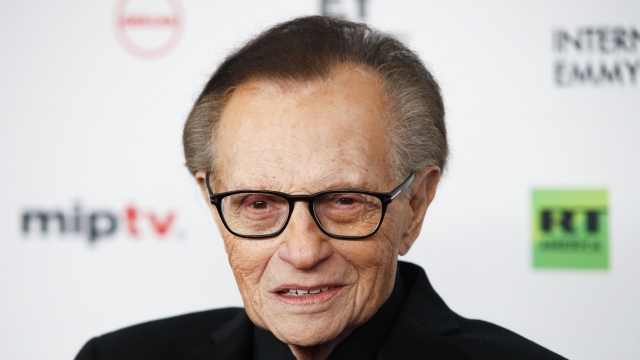 Longtime talk show host Larry King has been hospitalized with COVID-19 for more than a week, according to multiple news outlets.

CNN reported that a source close to the family says the 87-year-old is undergoing treatment at the Cedars-Sinai Medical Center in Los Angeles. Due to COVID-19 restrictions, King’s family have been unable to see him at the hospital.

King is most notably known for hosting CNN’s “Larry King Live” for 25 years. Since then, King has gone on to host the “Larry King Now” show on Ora, Hulu and the Russia-funded RT America.

This hospitalization marks the latest chapter of medical battles in the King family. In recent years, King, who has Type 2 diabetes, has battled lung cancer and several heart attacks. In 2020, he lost a son to a heart attack and a daughter to lung cancer.