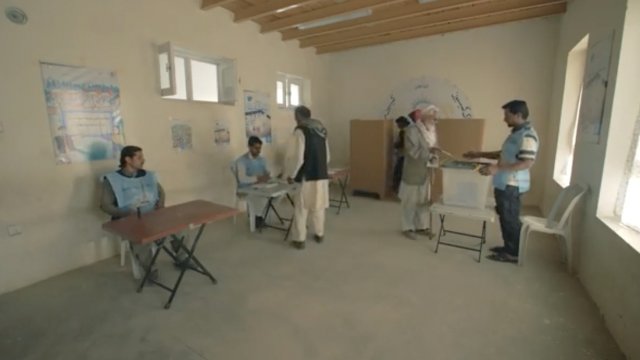 By Stephanie Liebergen
October 8, 2018
The country is scheduled to elect a new parliament on October 20.
SHOW TRANSCRIPT

With Afghanistan's election less than two weeks away, the Taliban is vowing to disrupt it.

In a statement released Monday, the organization called on its followers to target security forces on election day. The Taliban said it wants to prevent the election from happening, calling it "bogus" and a "malicious American conspiracy."

The country is scheduled to elect 249 people to fill its parliament on October 20. The election, which has been delayed for years, is seen as a dry-run for the planned presidential election in 2019.

Concerns about security had been around before the Taliban's threat. Thousands of Afghan forces will be deployed to keep the peace on election day. According to the Washington Post, an Interior Ministry official said the government's security preparations will prevent the Taliban from following through on its threat.