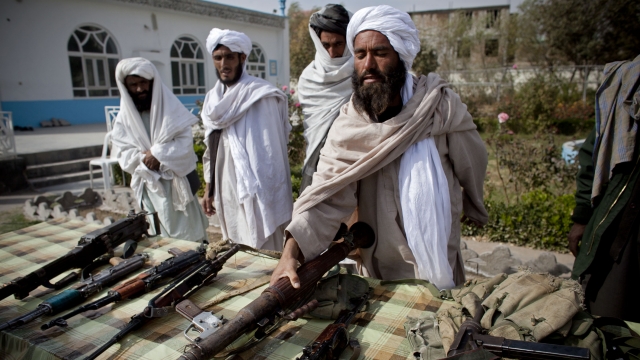 SMS
Taliban, U.S. Begin Temporary Truce Seeking To End War In Afghanistan
By Bailey Vogt
By Bailey Vogt
February 22, 2020
If the seven days of reduced violence holds, the two sides have agreed to meet Feb. 29 to negotiate a plan to end the war.
SHOW TRANSCRIPT

U.S. forces and the Taliban in Afghanistan entered a weeklong temporary truce which, if successful, could accelerate negotiations to end the longest war in American history.

Beginning Saturday, both sides agreed to a "reduction of violence" truce, in which the Taliban agreed to cease roadside or suicide bombings.

If the seven days of reduced violence holds, the two sides have agreed to meet Feb. 29 to map out a plan to end the war under an agreed timeline for withdrawing U.S. forces.

This truce could potentially end nearly two decades of U.S.-involved conflict in Afghanistan. It is also supposed to clear a path for talks between the Taliban and the Afghan government.