Taliban Trying To Control The Spread Of Information 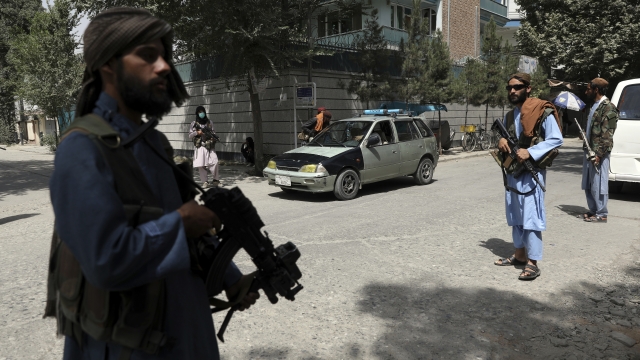 Some Taliban fighters are trying to control the spread of information, asking for cell phones, scanning their apps and conversations.

People in Kabul have been deleting their photos, text messages and social media apps, fearing retribution or their American connections.

Women in the Afghan government have gone into hiding or have gone completely dark. This policing of communication comes with reports of revenge killings and girls forced into marriage. One Afghan mother says militants killed her sons and forced her daughters-in-law to marry fighters. Women are protesting in Kabul, not wanting to go back to rape, stoning and burnings.

An interpreter who worked for the U.S. military who is desperately trying to get his family out of Afghanistan explained his situation to Newsy.

"When I was working with the military, they told us, if you can, take your family right now with you as soon as you became a U.S. citizen, you can easily sponsor all of them," he said. "Right now, I'm an American citizen, but there is no way for me to evacuate my family immediately, which they are at a great risk right now."

Newsy's national security reporter did get in touch with another interpreter who was trying to leave from the Kabul airport with his children. But he couldn't break through the crowd. He did manage to send her a text, reading, "May God Help us."