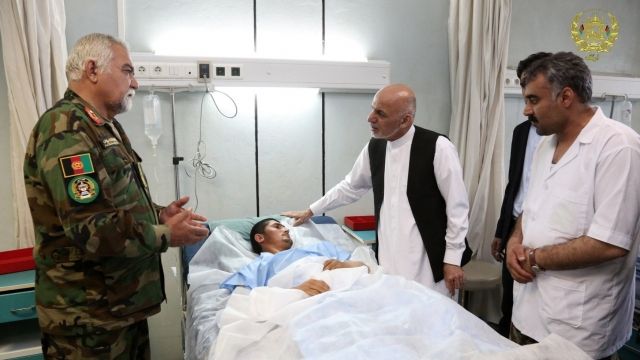 SMS
Taliban Takes Credit For Killing At Least 140 At Afghan Military Base
By Jake Jones
By Jake Jones
April 22, 2017
The Taliban is claiming responsibility for an attack on Afghan soldiers that left at least 140 dead and 60 injured.
SHOW TRANSCRIPT

The Taliban is taking credit for an attack that officials say killed around 140 soldiers and injured 60 others at an Afghan military base.

Afghan officials said the attack happened Friday when around 10 militants infiltrated an army base in northern Afghanistan. Authorities said the attackers set off suicide bombs and shot at soldiers, who were leaving prayer services or eating lunch. Many of the soldiers were unarmed, according to officials.

Afghan President Ashraf Ghani declared a national day of mourning Saturday. He visited survivors and honored those who had died in the attack. 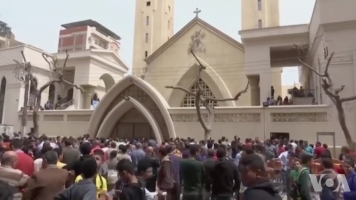 About a week earlier, the U.S. dropped its largest non-nuclear bomb in Afghanistan, targeting an ISIS tunnel system.

But the Taliban remains the biggest threat in Afghanistan and has taken a lot of ground in the past two years. The recent attack was the deadliest Taliban attack on an Afghan military base.