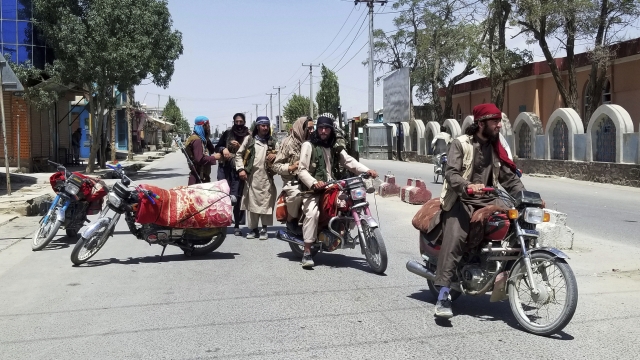 SMS
Taliban Take Kandahar, 12th Provincial Capital Of 34 Total
By Associated Press
By Associated Press
August 12, 2021
With security rapidly deteriorating, the United States was sending in 3,000 troops to help evacuate some personnel from the U.S. Embassy in Kabul.

Afghan officials say the Taliban have taken another provincial capital, the southern city of Kandahar in the province with the same name.

It's the twelfth provincial capital out of Afghanistan's 34 that the insurgents have taken in their weeklong blitz that swept over much of the country. Kandahar is also the second-largest city in the entre country.

The officials said Kandahar fell on Thursday night and that government officials and their entourage managed to flee to the airport to escape the city by air.