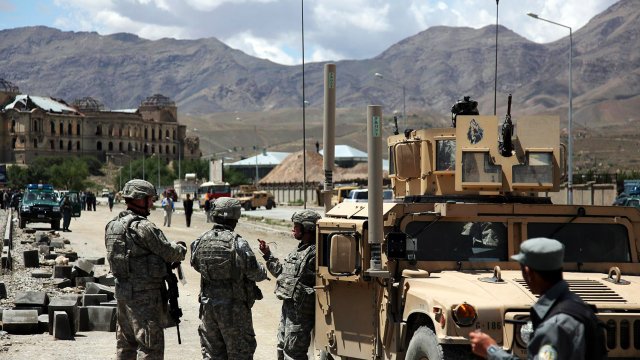 SMS
Taliban Snub Of Afghan Government Could Hinder Peace Talks
By Jake Godin
By Jake Godin
February 5, 2019
While the fact that a peace process has been agreed on is big news — whether it'll actually come to fruition is still up in the air.
SHOW TRANSCRIPT

A potential breakthrough in U.S.-Taliban peace talks has a few sticking points. One of them? Getting the Taliban and Afghan government to talk.

That's because, historically, direct Taliban-Afghan government talks have always been a non-starter for the Taliban. The group views the government as illegitimate — a puppet government controlled by the U.S.

Because of that, the Taliban has only really been interested in talking to the U.S. — who it views as an occupying force.

But progress seems to be happening. The U.S. negotiator told The New York Times a peace framework has been agreed to — in principle. So it's not set in stone quite yet. The two sides have yet to guarantee that direct Taliban-Afghan government talks will take place under the deal.

The Taliban also met with a delegation of Afghan politicians in Moscow recently — something that while is certainly a major step in negotiations for the Taliban, still left out the ruling Afghan government.

Previous overtures at peace initiated by Afghan President Ashraf Ghani's government have been rejected by the Taliban. 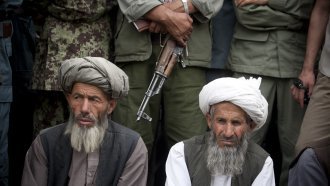 Here's Why The Taliban Is Making A Comeback In Afghanistan

Ghani emphasized how important that it is his government is included in talks while he was at Davos in January.

“There’s discussion, but this discussion needs to be shared back. A discussion that does not involve the region won't last," said Ghani. "If we don’t get all the pieces right, one piece alone doesn't suffice.”

The Times pointed out that senior Afghan officials are concerned they're being left out of the current discussions — something that could throw a wrench in the whole process.

When asked about this in a Congressional testimony, CENTCOM Gen. Joseph Votel assured senators the Afghan government would be involved and that these were just early talks.

"I would characterize where we are in the process as very very early in the process. … We clearly recognize that they must be part of the solution and must be in the negotiation aspects."

Former Afghan President Hamid Karzai ended up shutting down peace talks in 2013 after the Taliban was allowed to open an office in Qatar.

This whole peace process is only an outline — the trick to ensuring it becomes anything more is to get the Taliban and Afghan government talking. Whether President Trump's administration has the patience to see that through is another matter.