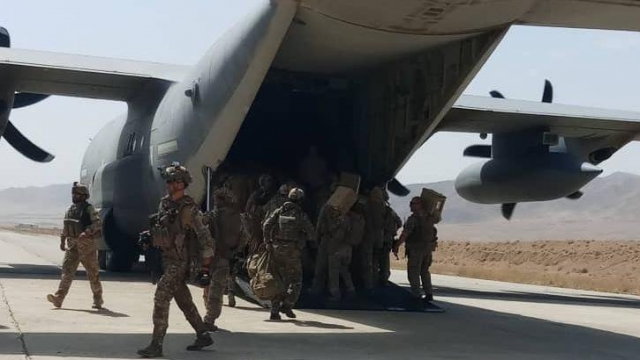 The Taliban launched an attack on one of the largest cities in Afghanistan on Saturday morning.

An Afghan lawmaker from the province told CNN militants attacked Kunduz from multiple directions at around 1:30 a.m. local time. Heavy fighting continued and Afghan forces had to call for backup.

The lawmaker said the Taliban cut the city's electricity and most phone lines. They also reportedly took hospital patients as hostages.

A Taliban spokesperson said the militant group captured several government buildings. But Afghan forces responded with ground and airstrikes, regaining control of the city. Dozens of Taliban fighters died and at least 10 were injured in the conflict. 32 militants surrendered. No data has been released on Afghan casualties.

The attack came amid peace talks between the U.S. and Taliban. On Wednesday, the Taliban told international media that the countries are "close" to finalizing the agreement. It's aimed at ending the 18-year Afghan war — the longest  in U.S. history.