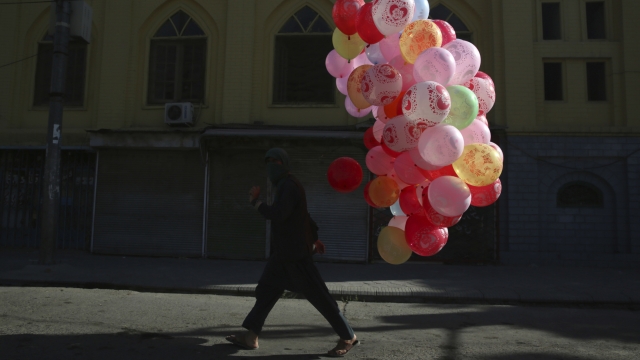 The 3-day pause in fighting comes amid promises to release Taliban prisoners.

The Taliban has announced a rare cease-fire with the Afghan government during the Islamic holiday Eid al-Fitr.

The festival started Sunday, marking the end of Ramadan fasting. During the three-day holiday, the Taliban says it will only attack in self-defense.

Afghan President Ashraf Ghani responded on Twitter, saying his government "extends the offer of peace" and Afghan security forces will also only fire if they are attacked first.

This is only the second time the sides have agreed to a cease-fire since the war began in 2001.

On Sunday, Ghani promised he'd expedite the release of Taliban prisoners held by Afghanistan, and urged the Taliban to do the same with Afghan prisoners.