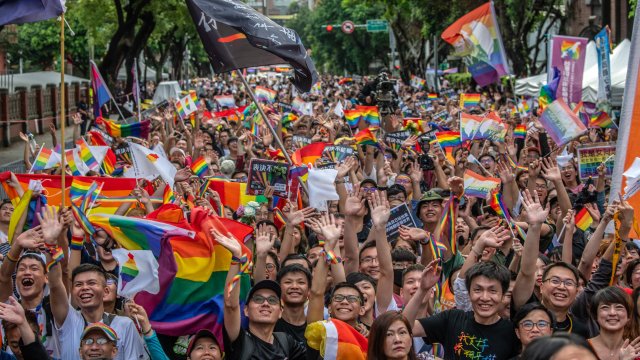 The island's lawmakers approved a bill Friday making the change. Previously, it had defined marriage as a union between a man and a woman, but Taiwan's top court ruled that language unconstitutional two years ago.

People who supported the change poured into the streets of Taiwan on Friday. The new marriage law will go into effect in one week.

After the vote, Taiwan's president tweeted her support. She said, "We took a big step towards true equality, and made Taiwan a better country."