Taiwan, US Officials Meet For First Time In 40 Years 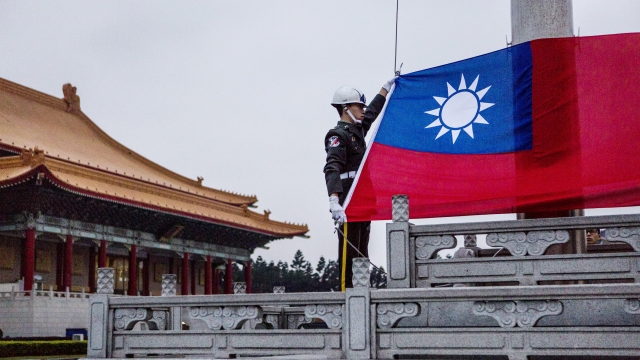 SMS
Taiwan, US Officials Meet For First Time In 40 Years
By Katie Cammarata
By Katie Cammarata
May 27, 2019
A Taiwanese national security official visited with John Bolton during a trip earlier this month to the U.S.
SHOW TRANSCRIPT

Taiwanese and American high-ranking national security officials met for the first time in 40 years, and China is not happy.

A spokesman for China's Foreign Ministry expressed "strong dissatisfaction" after hearing about the meeting. He said China "resolutely opposes the U.S. government's official exchanges with Taiwan in any form and under any pretext."

Taiwan is self-governed, but China sees the island as part of its territory.

The Chinese ministry spokesman said the country urges the U.S. to "abide by the one-China principle" and stop official communications with Taiwan.