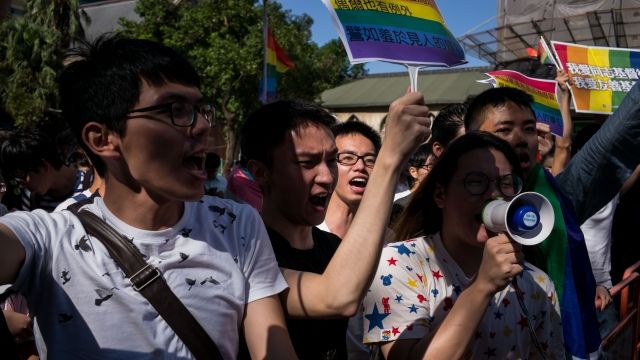 The Constitutional Court ruled current laws mandating marriages can only be between men and women are unconstitutional.

Taiwan's top court ruled Wednesday that current laws mandating marriages can only be between men and women are unconstitutional.

The island has a large gay population that has pushed for same-sex marriages. People on both sides of the issue have been vocal about the matter, including tens of thousands of demonstrators who recently rallied against gay marriage.

The Constitutional Court's ruling gives the government two years to make changes to its Civil Code. But a legislator told CNN even if new laws aren't passed, same-sex couples should legally be able to marry by 2019.

An appeals court ruled that the Civil Rights Act extends to cover LGBTQ Americans from discrimination.

That means Taiwan has a good chance of becoming the first in Asia to legalize same-sex marriage.