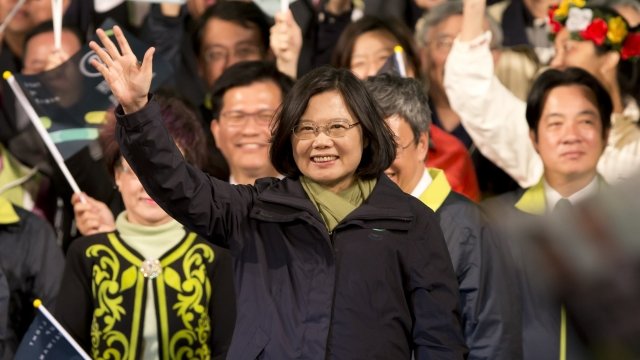 Earlier this week, President Xi said he wanted reunification of the two countries, and any Taiwanese attempts to claim independence could be met with armed force by China.

Xi said he envisioned Taiwan would operate similar to Hong Kong; it would remain a democracy but under China’s authoritarian rule. But the New York Times reports that people in Hong Kong believe their freedom is gradually disappearing.

The Taiwanese president said accepting Xi’s remarks would betray the trust of her people. She added that she “hopes the international community will pay attention” and speak out on behalf of Taiwan.

Several US lawmakers, including Senator John Kelley, have called on the US to intervene and support Taiwan.